The Pentatricopeptide repeat (PPR) proteins SVR7 and PGR3 are important for ribosome biogenesis and MRL1 is a PPR required for Rubisco expression. We found that all three PPR genes are induced during cold acclimation and that in general, ribosome biogenesis factors and ribosomal components are cold-induced. Mutants of SVR7 and PGR3 show temperature-dependent phenotypes that correlate with their expression levels. In this project, we investigate how the three PPR proteins influence RNA stability and translation of their target mRNAs during temperature acclimation. Furthermore, we will investigate where ribosome biogenesis takes place in chloroplasts and will use quantitative biochemistry to determine how ribosome numbers change in response to temperature acclimation. 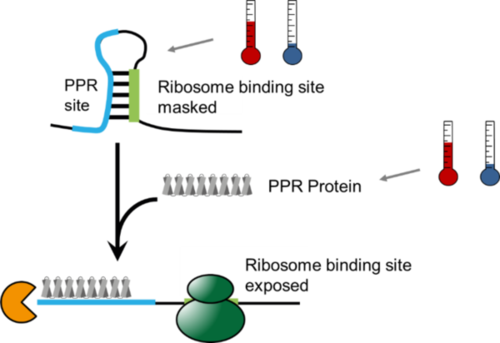 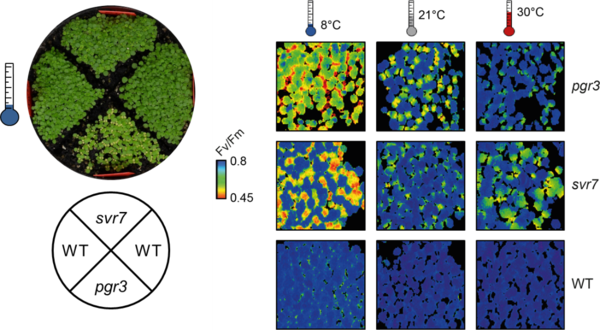